Infurpose is reader-supported. When you purchase Anything through links on our site, we may earn an affiliate commission.

What Does “Not Reachable” Mean When Calling Someone On The Phone?

Whenever you call a person and you hear “the number you are calling is not reachable”, this means the call didn’t reach the person’s phone. It might due to some of the reasons which are,

Well, this is the most basic reason for hearing the message “Not reachable”. Mainly what you hear is, “The number you are trying to call is not reachable”. Why do you hear this? You hear it because one of the reasons is the person’s phone who you are calling is switched off.

No matter how many times you retry calling the person, you are going to hear “Not reachable”. This is because the cellular company couldn’t transfer your call to the person as their phone was switched off. Thus you get to hear such a message when you call the person as long as he or she turns on his or her phone.

Sometimes, cellular companies cancel out phone numbers as they didn’t pay the bills properly or were out of range for an estimated time. So, these numbers are basically switched off by the cellular company. Thus, when you try to call these phone numbers, there is a possibility that you may hear “not reachable”.

We know how painful it is to be in a low or poor service area. When a person’s phone is in low service or has no service, then it can’t connect to its incoming calls.

So, when you call a person who is living in a location where there is low or no cellular network coverage, then you are likely to hear, “Not reachable”. It might get difficult trying to contact the person living in such areas with network coverage issues.

So, you can understand now what “not reachable” means. It basically means that your call couldn’t reach your destination recipient’s phone. It may be because the recipient has no or poor service or is switched off.

What Does “Not Reachable” Mean On Messenger?

Up to now, you have understood what “Not Reachable” means. We repeat, it means your calls are not reaching the person you are calling. This happens due to poor network service or the recipient’s phone being switched off.

Why do you hear “not reachable” on messenger? Well, this happens for the following reasons

Whenever someone deactivates or deletes their account on Facebook, it gets quite impossible to call them. If you call a person who deactivated or deleted their Facebook account, you are likely to hear “Not reachable” or sometimes “Unavailable”.

Some people don’t have messenger installed but have the Facebook app on their phones. This may be because they don’t want to waste time by talking too much with friends or to increase work productivity. Again, they may also turn off the calling feature to block all incoming calls. In such cases, even if they are active on Facebook, the calling option would not be active. So, if you call them, you may hear “Not reachable”. Well, this is one of the reasons to hear “not reachable” on Facebook messenger.

Suppose, you are calling a person on Facebook messenger and their phone is switched off which means they are not active on Facebook. So, this is why you will be hearing the note “not reachable”.

What Does “Unavailable” Mean On Messenger?

We have seen the term “Unavailable” in use on messenger. You have seen it used as “This person is unavailable on Facebook”.

Due to the above reasons, you might see the term “unavailable” on someone’s account. The person won’t be active or available on Facebook messenger. In such cases, you won’t be able to send a message to them or make any contact with them on messenger.

How To Figure Out If Someone Is Ignoring You On Facebook?

There have been annoying times that you sent a message to a person and feel like they are ignoring you. But, you can’t be sure of that. It might occur that the other person is busy or away from their phone for which they can’t reply to you back instantly.

Again, if you are actually ignored by someone on Facebook, How can you tell?. Well, We have shared the ways how people figured out they were being ignored by their recipient.

Yet, don’t come to a conclusion without finding out the reason whether the person is ignoring you. It might also be the person is engaged in some work or is not available.

How To Make Myself Unavailable On Messenger?

There can be times when you just want to go away from the crowd and be by yourself for a while. We understand how hectic it can be when people start inboxing you whenever you are online and you are wishing to just scroll through social media instead of chatting.

So, if you are one of those people who want to be unavailable on messenger, then you are in the right place. You can just turn off your active status which is shown in the messenger menu. Turning your active status won’t view your profile in the active friend’s lists of your friends. In this way, people won’t be able to see you online even if you are online. People might think that you are offline. So, you can get your desired time of scrolling and chilling. You can be unavailable even if you are online. Thus, people hopefully won’t disturb you seeing you not active.

Does “Not Reachable” Mean Blocked?

When someone calls a person on their phone and they hear the message saying “Not reachable”. Some people might mistake that they have been blocked by the recipient of their call. Well, this may not be the correct idea.

When a person blocks a number on their phone using any call blocking app, their phone automatically rejects all incoming calls from the blocked number. In this case, the caller gets to hear “Call rejected” whenever he or she tries to call that person.

But, some cellular networks say the note “Call not reachable” whenever a caller tries to call the person who blocked his or her number. But most people hear, “Call Rejected” when they are blocked by the recipient.

What Does It Mean When It Says “The Subscriber Cannot Be Reached”?

Whenever you call a person and you get to hear “the subscriber cannot be reached”, this occurs due to many reasons.  reasons:

What to do after you hear “Not Reachable” when you call someone on their phone?

Now, you have understood what “not reachable” means and the reasons for getting it when you call someone.

In short, “Not reachable” technically means the call cannot reach the receiver’s phone. But, what to do after you hear “not reachable”?

Well, you can just wait for a while and try calling the person again. If that happens again, you can just see when the person becomes reachable for a call again. And, some people activate the message option that automatically sends messages to the callers who tried to call that person’s phone when it was switched off, saying “the person’s mobile is switched on, you can try reaching out again” or something like that. So, you can wait and see if you get such a message and then can call the person again.

You can also check whether your end is okay or not such as whether you have proper network coverage, balance or internet data in your phone, the number you are calling is correct and so.

How do we contact the person if we hear “Not reachable” when we try calling them on their phone?

Well, the answer to the curious questions is easy. Whenever you find out the receiver of your call is not reachable then leave them a message. In this way, as soon as they switch on their phone or are in the reachable zone, they get your message notifying them of the cause of your calls.

You can leave them a message on their phone number or on messenger. Whenever the person switches on data connection and is online, will get your message.

If the phone number is unreachable then try calling them on social media platforms such as messenger, Instagram, Skype, WhatsApp, and so on. Again, if they are unreachable on social media, then try sending them a text message telling them the cause of your call. They will definitely get your message. Again, if your emergency cannot be expressed in a text message, you can leave a voice message for them which they will receive whenever they are online or in the reachable zone. So, we hope you understood the solution of reaching out to a person when it says “not reachable”.

In this article, we have explained and elaborated most asked questions and doubts regarding “not reachable” when calling someone on their phones or messenger. We also shared the simplest and easiest solution of reaching out to the unreachable person. So, we hope you are clear about this term now and the reasons why you get it.

How Long Does It Take To Drive 500 Miles?
Samuel Smith

Is Listening To Music A Hobby?
Samuel Smith

Can You Use A Monitor Without PC?
Samuel Smith 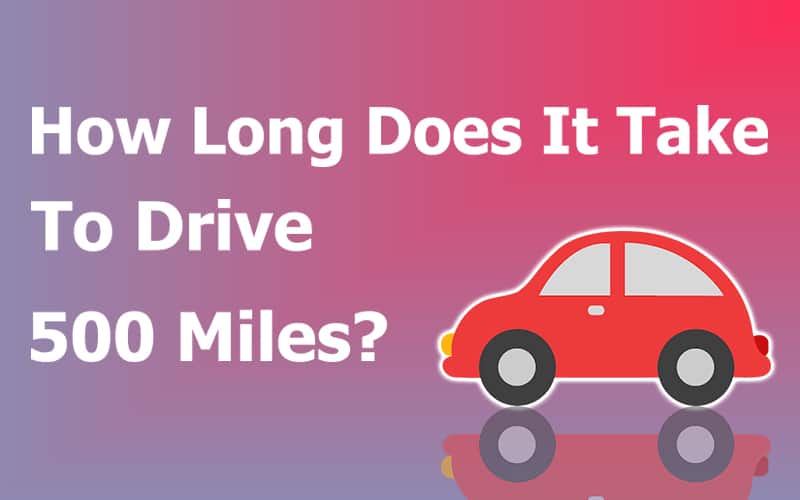 Info
How Long Does It Take To Drive 500 Miles?
Samuel Smith 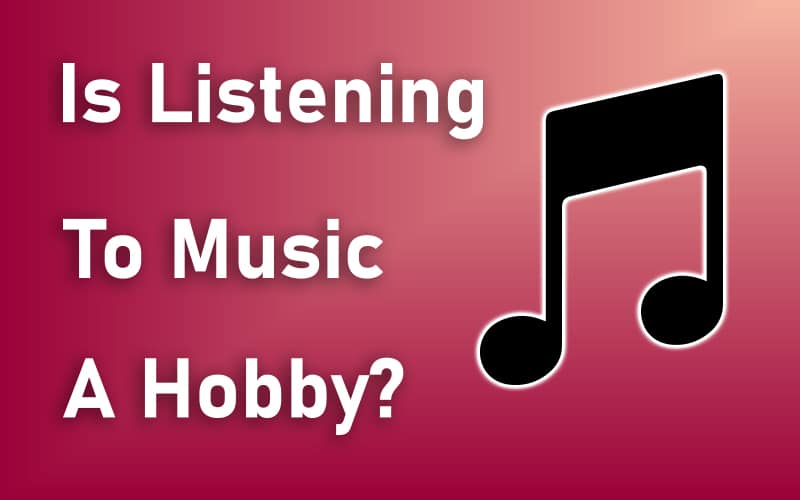 Info
Is Listening To Music A Hobby?
Samuel Smith 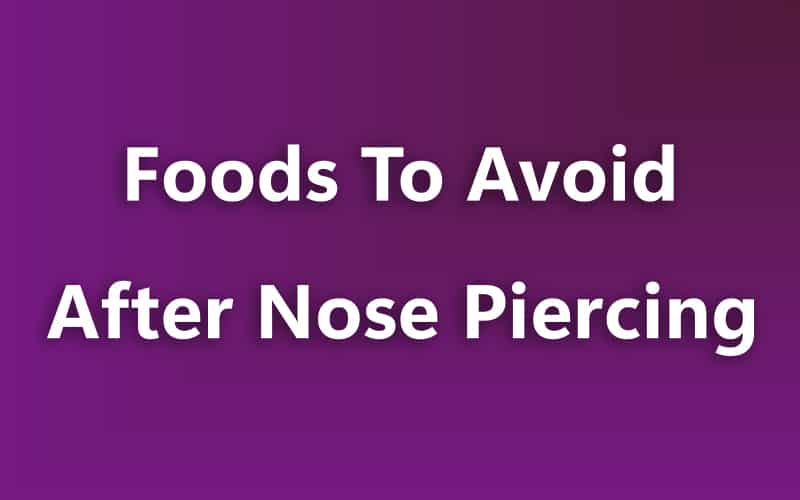 Info
Can You Use A Monitor Without PC?
Samuel Smith